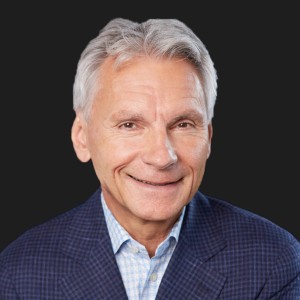 Doug Porozni joined Ronmor Developers Inc. in 1998 and managed the acquisition, development, and operation of more than 1 million additional square feet to the real estate portfolio held by Ronmor. With developments in eight Western Canadian jurisdictions, and one underway in California, Doug was the lead for a number of grocery/pharmacy-anchored retail centres as well as office, industrial, and mixed-use projects during his tenure with the company.

Doug graduated with a Masters in Economics and a B.A. (Honours) from the University of Alberta and started his career with Global Affairs in Ottawa and was then worked with two Provincial Ministers in the department of Housing & Public Works. After starting his land development career in Edmonton, he joined Oxford Properties Group as the Office Leasing Manager.

In 1984, Oxford relocated Doug to Calgary as the Development Manager for a large downtown land assembly in Eau Claire. His responsibilities included the Gray Family YMCA, Canterra Tower, and Calgary’s Eaton Centre in the Core. He later left Oxford to establish the commercial division for Qualico Developments in Edmonton and Calgary and remained there for eight years before being invited to join Ronmor as an equity partner.

Serving as Ronmor’s Chairman since 2020, Doug has embarked on establishing a presence south of the border with the first project being a seven-acre commercial development site anchored by a Kohl’s department store in Napa, California.

Doug also oversees Ronmor’s private land bank and is the operations partner of their joint ventures in a variety of suburban communities including Yorkville, Silverado, Sage Hill, Nolan Hill, and Glacier Ridge.

Doug currently chairs the Commercial Industrial Committee at BILD Calgary and has served for the past five years on the Board of Directors for University Properties Group which is responsible for the development of University District – the mixed densification of undeveloped land owned by the University of Calgary.

Doug has two children and two grandchildren and spends time at his two vacation properties in Okanagan Falls and Maui. Doug is also one of Ronmor’s partners in the ownership of Highlander Wine & Spirits’ retail stores.